In April 2013, marriage and adoption became legal for same-sex couples in France.

There was widespread opposition which continues. 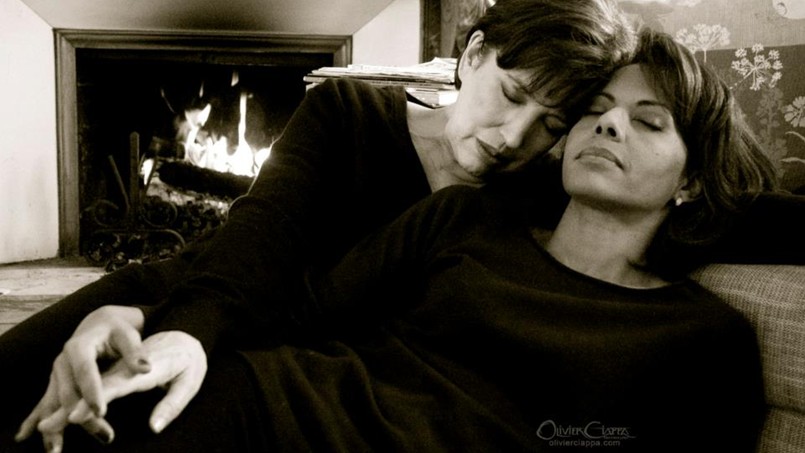 In the run-up to this vote, the photographer, Olivier Ciappa  (French born 1979) mounted an exhibition of photographs of people in poses both affectionate and intimate.  These were not necessarily gay.

He said he wanted to change mentalities.

He did this by a direct appeal to emotions and to people’s aesthetic sense.

Roselyne Bachelot on the left and Audrey Pulvar on the right.

The first a right-wing politician, a cabinet member under two presidents of the right.  The second a left-wing journalist.  Neither is gay.

This is distinctly not Anglo stuff.

Members of Anglo cabinets allowing themselves to be posed suggestively with people of the left media establishment!?

It dizzies my Anglo heart.

This is an incomparable civilization. Without compare.  Which I love.

2 thoughts on “Love 17: France beyond Compare”