Research a few years ago led to the repainting in this astonishingly daring colour scheme. 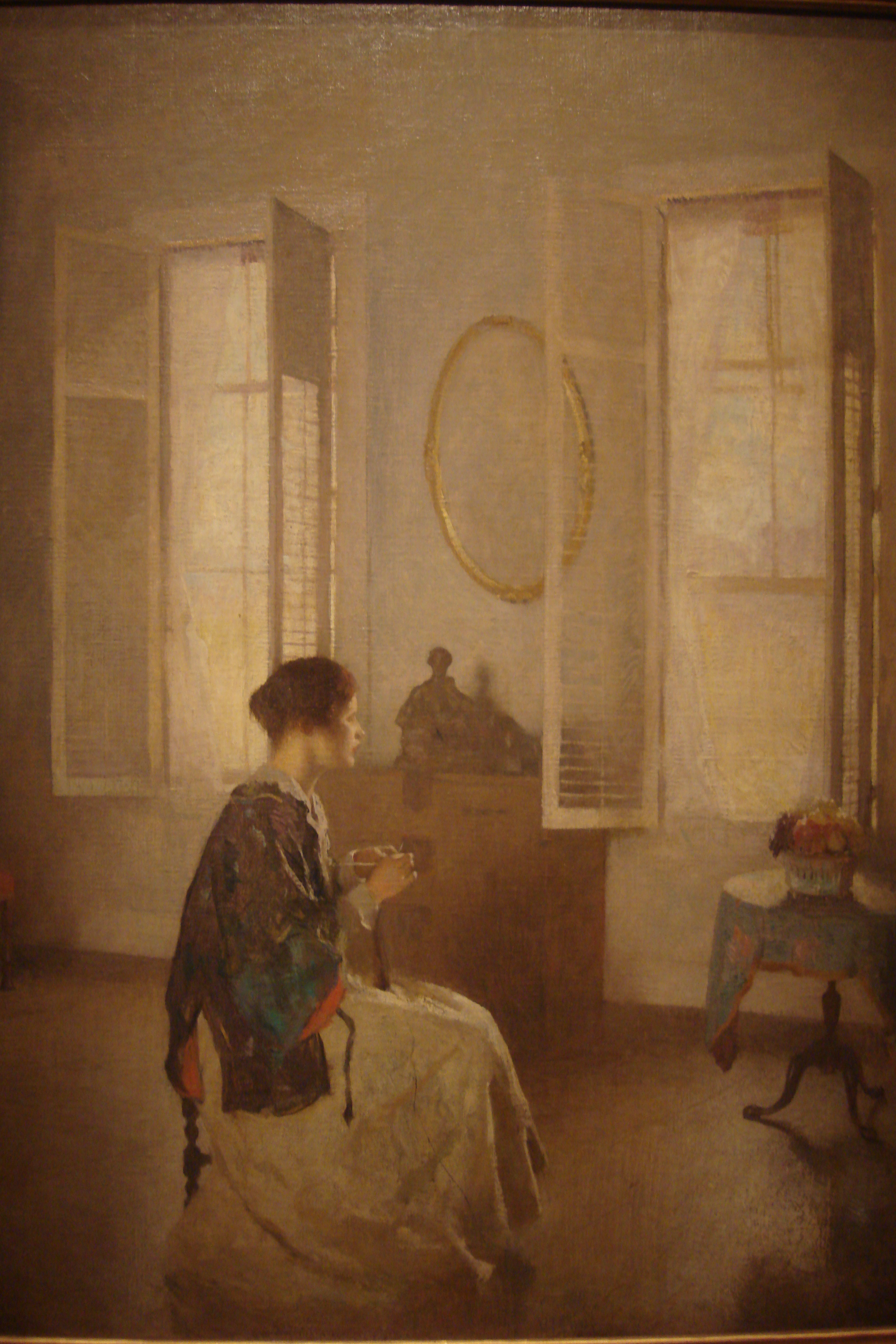 Seated Woman, c. 1940, oil and charcoal on Masonite, and detail.

The artist had begun to move away from organic forms to an exploration of space, colour and scale.  A year later the artist migrated to Color Field painting.

In early September, I cut the leaves of the scented geranium growing in a pot and place them in brandy with a little sugar.  It steeps until Christmas. I use it to moisten Christmas pudding if it has not already been completely drunk.

The kitchen of an old farmhouse in 2013 in the Ashokan Catskills, NY in late summer.  With loving thanks.

Mulberries which I picked several summers in the Ashokan Catskills, NY steeping in white wine for drinking.  With loving thanks.

Romare Bearden, 1911-1988, American.  Pennsylvania Academy of the Fine Arts, Philadelphia from whose website this photo

Iris and Iced Coffee, 1985, watercolour over graphite, with details.

Photographic clarity in a medium difficult to work.

Interior with mobile, 1992, oil and magna on canvas.

Aubrey Levinthal, MFA graduate of the Pennsylvania Academy of Fine Art 2011.  Loaned to PAFA by an art gallery in 2015

An image included in an exhibition of the work of Keith Smith, American born 1935, at the Philadelphia Art Museum in 2018.

I believe this is an inkjet print included in one of the artist’s celebrated books.

The artist’s husband, the painter Benjamin Degen, relaxing in summer on a windowsill of their bedroom.

Self-Portrait in Blue Bathroom, London, from the Series on Sexual Dependency, 1980.

Bathroom in an old farmhouse house in the Ashokan Catskills, NY.  With loving thanks.

Martin Geiger, student at and on display at the Pennsylvania Academy of the Fine Arts in 2017

Nude Studio Door, oil on board.

Michael Doyle.  On display at the Pennsylvania Academy of Fine Art in 2018

Greyhound on a windowsill, bronze,  unknown date before 2018.

Kevin Beasley, American born 1985.  The Joyner/Giuffrida Collection on loan to the Baltimore Art Museum in 2019

A remembrance of summer made in late summer from dried plants