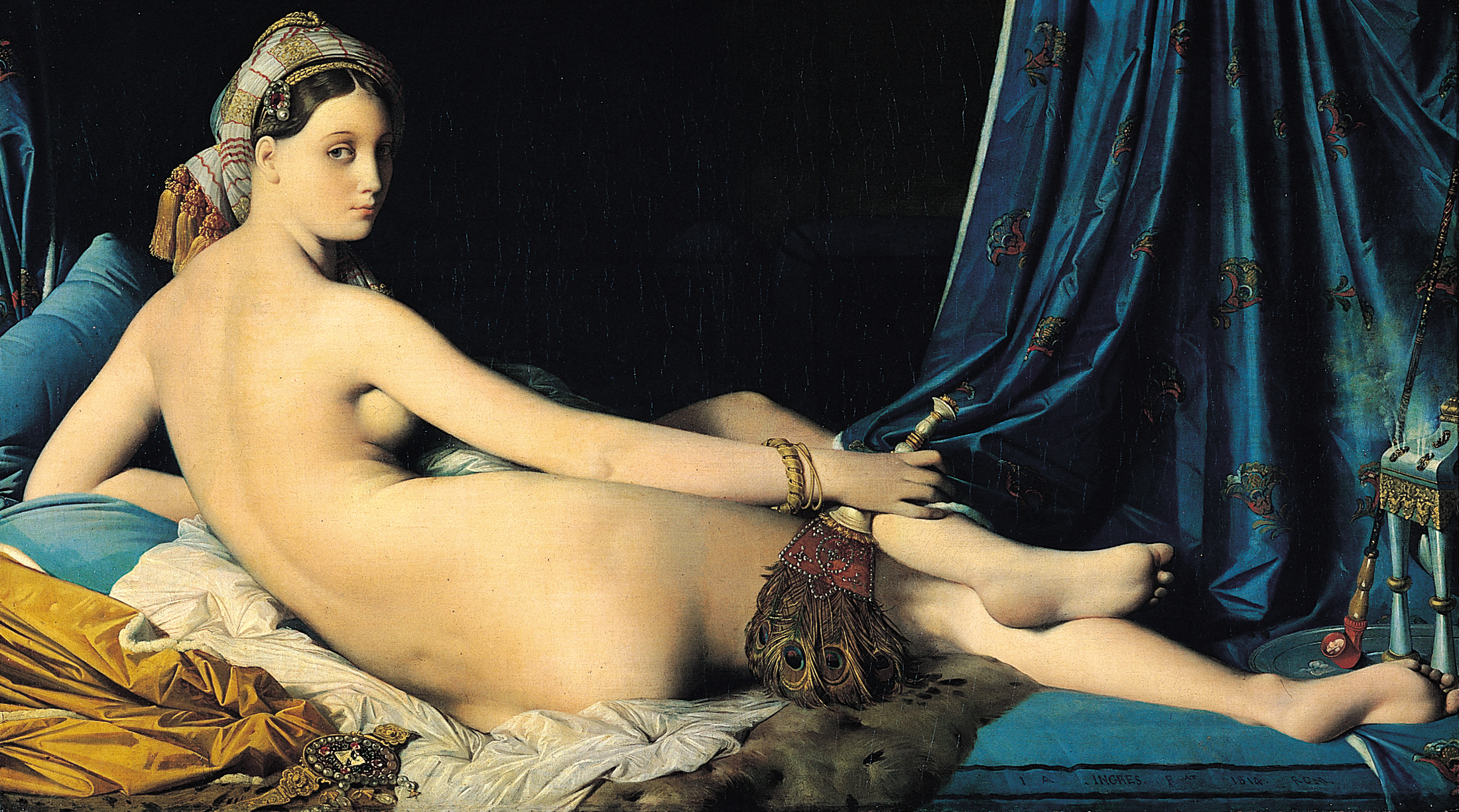 The first is the painting which, with the unlikely but aesthetically pleasing (my feminist self in temporary eclipse) elongation of the figure’s lower back, is said to mark the painter’s turn from neo-classicism towards a romantic mannerism.  It was met, like most major changes of style, with derision from the art establishment of the day.

The second is a copy of the first painting made by the artist and his pupils.

The third, in which plastic flies and wall paper have been glued onto a painted photo I take as a commentary by a French painter on the successful appropriation by large elements of Japanese culture of Western style, technique, industry, etc.

I take the French commentary as a disapproval because nothing of note has been gained by the eye-catching, lurid green or the flies perched on the  figure’s body or the tacking on of real peacock feathers or the kente cloth hair wrap.

But I don’t know, if you think of the marvelously hardy Honda, for instance, that this is a fair commentary.

It isn’t, after all, as if Europeans have not appropriated all kinds of things from the rest of the world.   Human and non-human chattel since colonial times: every category of material thing and many categories of things which are not in the material world.

Everyone is borrowing everything from everyone and changing it and what it means and this has been going on for millennia.  Diffusion.

But I don’t like this green woman even if the flies find her delectable. She is an insult to Ingres and to the Japanese and to us,  les regardeurs.

This is appropriation for the buzz of it with no added value except for the flies feeding off the lurid green paint.

The artist would have done more interesting work to comment on any of the myriad, creative assimilations by the French civilization of its foreign takings.

He could even have started with the word ‘odalisque’ taken from Turkish……..That may have been worthy of Ingres and of other very great French artists who explored the depiction of the female form by exploiting the odalisque mode.